Formentera, this island, our island, our tiny universe that is in constant change and flux at top speed. The last year has shown us how painfully vulnerable we all are, our world and all of Humanity, here and everywhere. The privileged had to learn that lesson, as much as those who have always been aware of their vulnerability: the invisible, the ignored, the displaced, the marginalized, those who fight to survive every day, the forgotten.

Formentera’s history has been written by the forgotten: shipwrecked, pirates, invaders, prisoners, fugitives and settlers who tried to survive in spite of the poor soils and scarce waters. After them came hippies from all over the world in the 60s in search of a new way of life, and then some of their admirers followed, imitators who saw themselves as hippies but who quickly returned back to the comforts of their previous lives. Famous artists, musicians, painters and showbiz folks came, finding in Formentera a source of inspiration for their creativity, and finally some adventurous tourists arrived, who would stay at the small inns that started to open their doors. 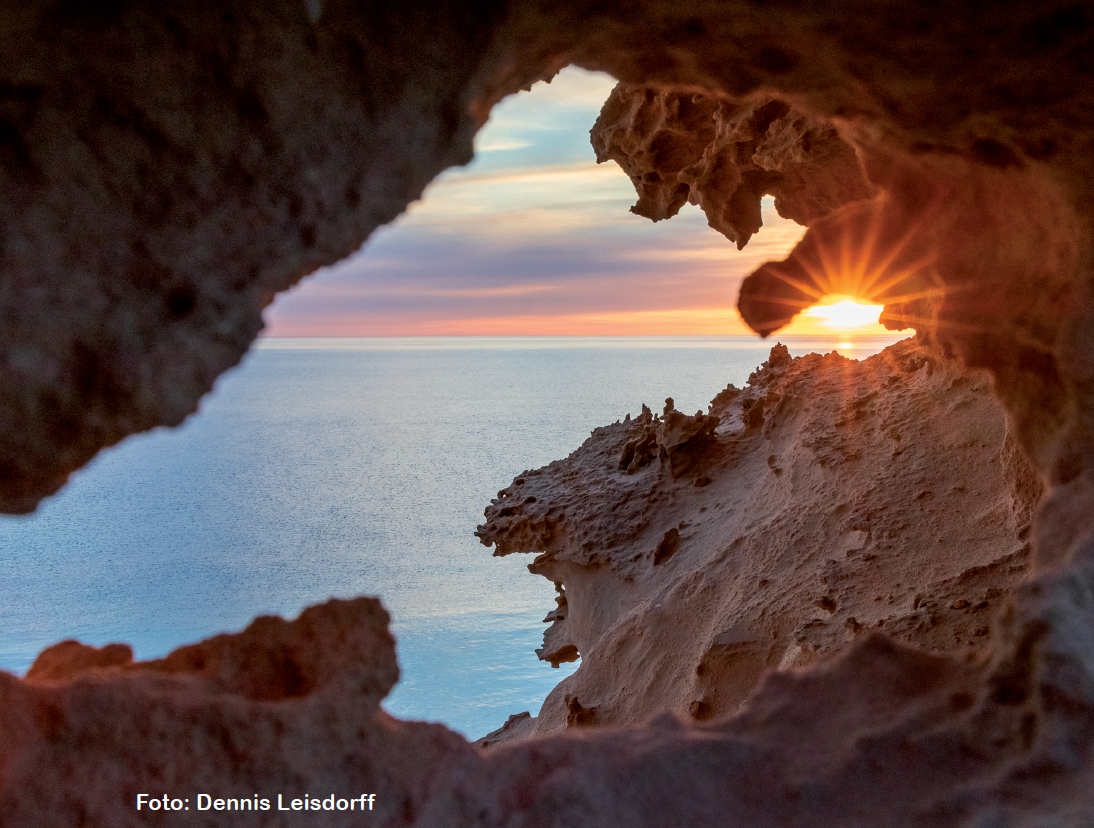 Then you arrived, then I did, and we all wanted to live out our adventure on this tiny island that was not so easy to reach back in the 70s, which made it even more attractive to us. In those days there were no ferries like those today that cross the waters separating Formentera from Ibiza, day and night in almost any weather, taking only half an hour. Back then, the route was a very choppy 2-hour ride, the old barges cracked and groaned, and there was no set timetable. You needed to have faith. You had to trust that at some point a boat would set off, trust that the captain would find the desired island without GPS, without a navigation app nor a radar, through the fog and rough sea, and that we would disembark more or less in one piece. In order to calm the spirits of Northern visitors, inexperienced and clumsy landlubbers, a bar was installed on each boat that would become the heart of each trip. And so, as soon as we set foot on the boat, we would be treated to a few shots of Hierbas, the typical island liquor. This would be the end of all our troubles, the rolling of the boat would no longer matter at all and everything was quite fine, at least until we stepped off onto solid ground again.

These days, Hierbas are generally offered as a digestif after a copious meal. You could not refuse it back in those days on the boat, nor should you do it now when it is offered to you at one of the many island restaurants, since you would offend the host, the waiter and perhaps everyone there. So it’s best to let yourself be treated, even today. As for the home-made nature of this drink, both the people on Formentera and those on Ibiza assure that their elaboration method is unique, and thus the combination of herbs and intensity of aromas is different in each case. 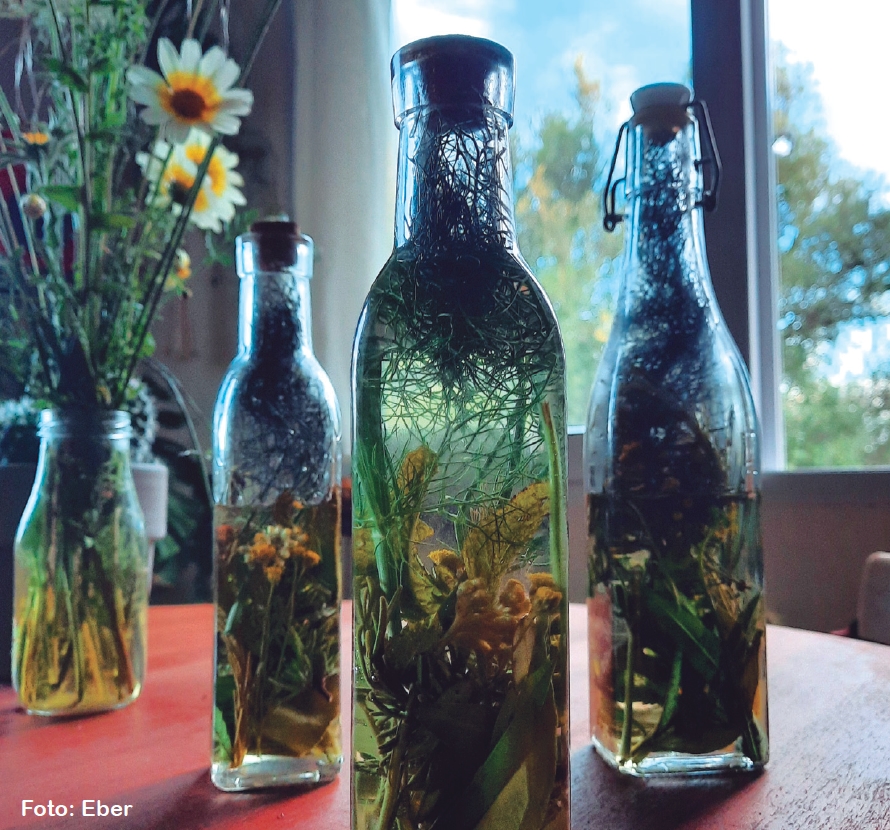 Luckily, visitors to the island didn’t try to prepare it, as the process just seemed too complicated. Instead they were busy with doing nothing during that well-deserved rest that can be enjoyed once or perhaps twice a year. Also, there was much to discover, a thousand new and fascinating things that back then could not be known about beforehand, unlike now with the waves of information that reach us via internet. The average tourist back then did not know that, if they wanted to take their car to the island, they would have to drive it across two narrow planks in order to get aboard the legendary Joven Dolores, a veritable feat that ran the risk of ending up in the port waters below. No more than three cars could fit on deck and, once the challenge of embarking had been overcome, it could well be that the passenger may have to park in the middle space, with such a tight fit that s/he could not open the car doors to get out. In such case, the poor bugger would have to spend the two hours of the journey sat in the car, facing the back of the boat. With rough seas to the point of vomiting this was difficult – and then s/he would be faced with the tricky manoeuvre of disembarking onto the long-yearned island.

At the inn, modest rooms awaited that were sparsely furnished and boasted erratic electrical supply that came from a generator. Should the latter fail, the night would become dark as a tomb... until someone started it up again, fixed it or brought the forgotten fuel. Another solution was to light some candles or one of those stinky oil lamps. These were at the time the only reliable sources of light on the Pitiüsas islands. Later on they were replaced by gas lights which did not stink, while they did emit a hissing sound. In any case, they were conspicuous by their absence. Guests needed to memorize exactly where they had left their stuff in case they might need anything during the night, and should also remember every day that when the electricity went, so did the water. Having a shower at night was risky business, as you could find yourself suddenly in the pitch black, all soaped up, and with just a last trickle of salty water falling upon you. But most visitors did not mind all this at all, quite the contrary, they thought it was marvellous. They loved this island full of surprises, they were charmed by everything that was new and unusual, they enjoyed the food that was abundant and tasty, if not always presented in a refined manner, and they were fascinated by the people of this island, their kindness, their interest in everything unknown to them, their huge capacity to improvise and their ability to see nothing in the world, in their world, as a problem.

Later, it was precisely these qualities that would in fact become a problem. Their fertile inventiveness, creativity and talent for improvisation would come up against the perfectionism of modern times. We have all gotten used to comfortable homes, unlimited electricity and water supplies, and a huge offer of foodstuff. The question is for how much longer and under what conditions the necessary resources will be around.

For some years now, Formentera is working towards achieving a sustainable combination of perfectionism and conservation or recovery of old traditions. Amongst others, they are aiming for the reconstruction of fallen stone walls, restoration of houses and wells, working the fields, sowing a rare variety of miniature cereal, repopulating with native plants that have almost disappeared, controlling trees and recovering abandoned areas. For years they have been trying to improve the balance between tourism and nature.

Formentera is a privileged but delicate location, a bubble that protects us and that we must protect without ruining its open nature of old. Now there are sophisticated designer hotels that work very professionally that seem light years away from the inns of their grandparents. But make no mistake, it should come as no surprise if you see a very refined water pipe acting as a handrail, if the internet does not work with regularity in spite of optical fibre, or if you cannot even access the internet or call home on your mobile. The best thing to do is assume that on Formentera you will be offline and make the most of what our island has to offer. After all, don’t forget: you are on Formentera, enjoy it! Best of luck and take good care. 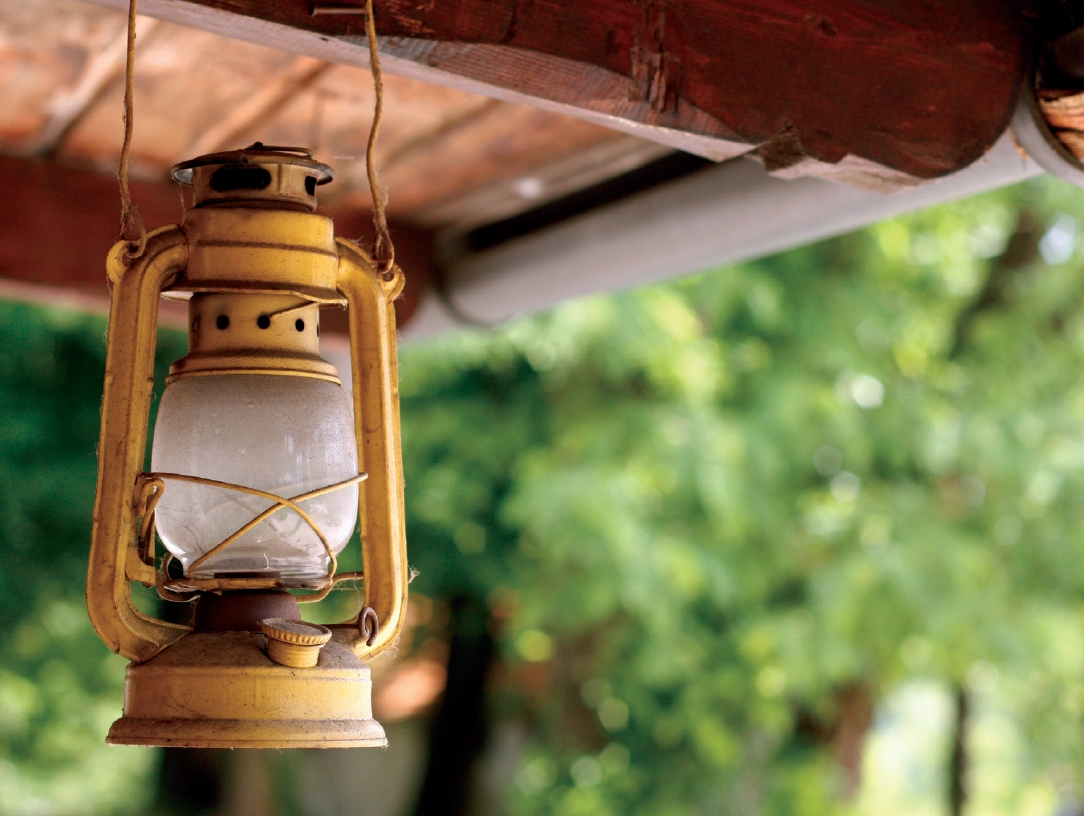 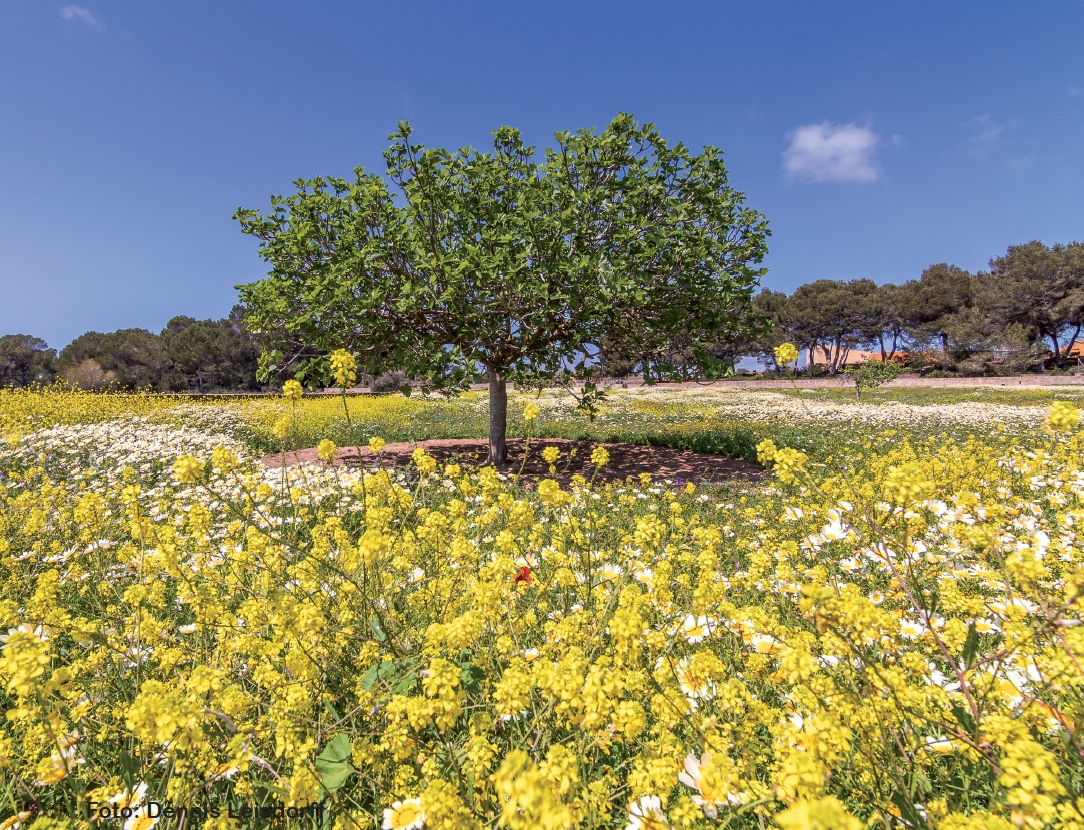 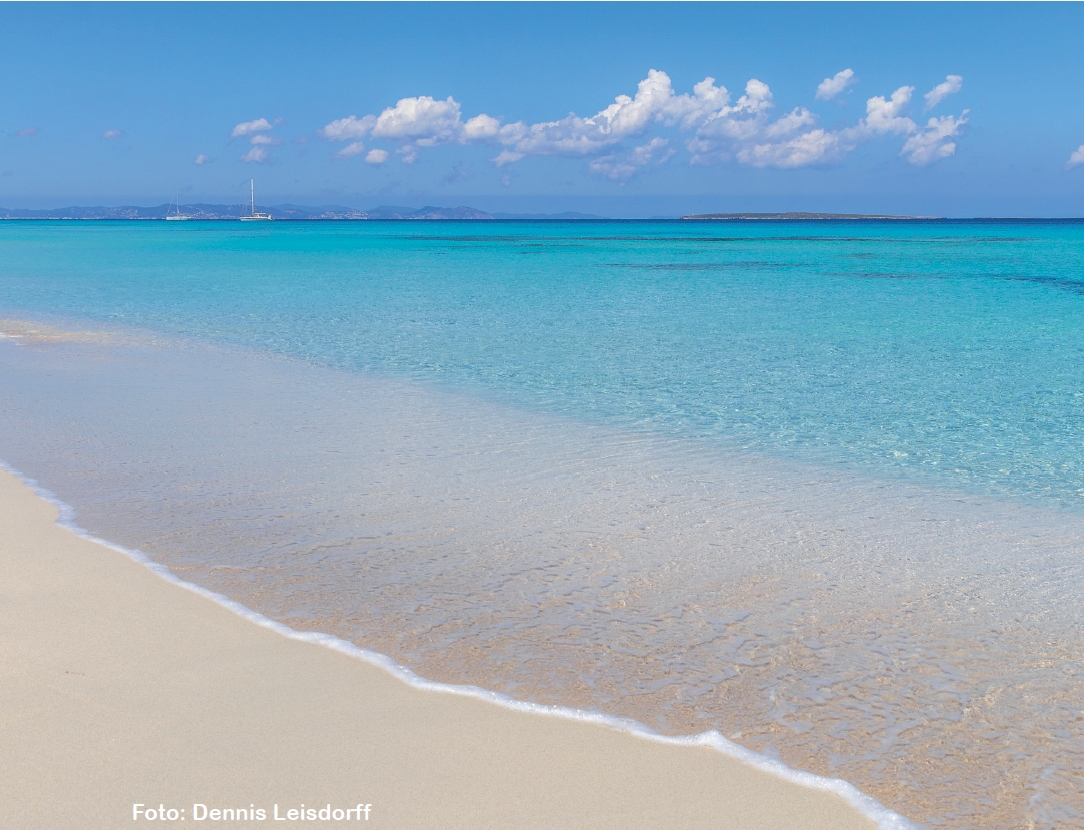 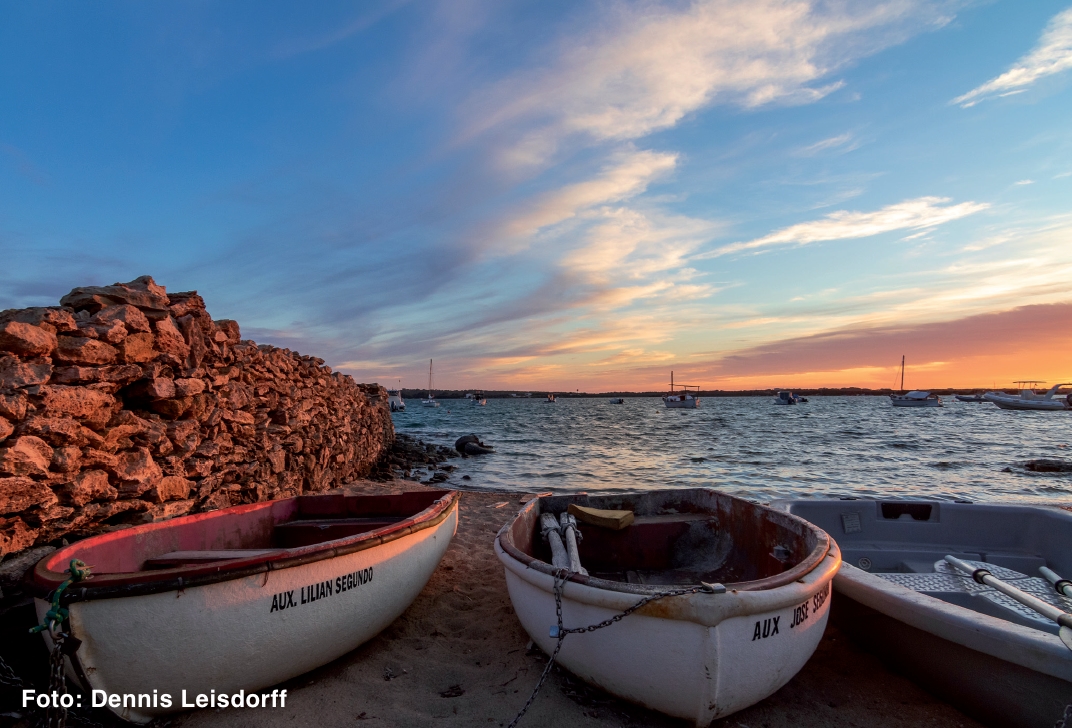